Close the Gap: A CYC Community 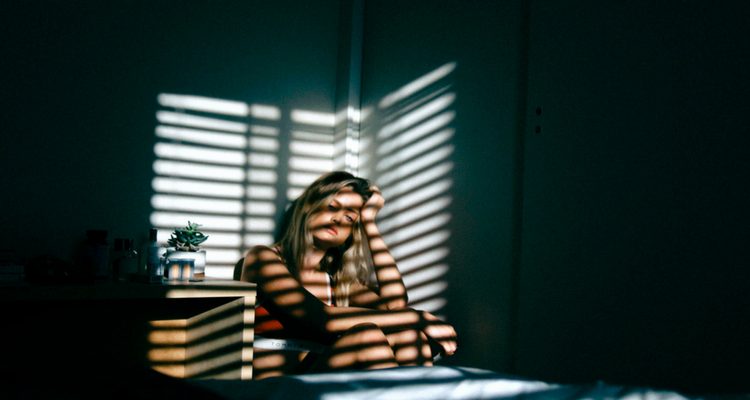 “All writers are vain, selfish, and lazy….”

So writes George Orwell in the conclusion of his essay “Why I Write”, which — as the noted historical novelist Thomas Mallon has recently observed — displays Orwell’s “clear awareness that self-loathing and self-love are locked in a tight, procreative embrace.”

According to Orwell, the generative interaction between self-regard and shame are first on the list of reasons writers decide to write.

“Sheer egoism. Desire to seem clever, to be talked about, to be remembered after death, to get your own back on the grown-ups who snubbed you in childhood, etc., etc.”

As we’ll see, it’s often their emotional reactions to childhood snubbing — or similar experiences — that drive writers to take action, become authorpreneurs, and begin the hard work of building their brand in a competitive modern marketplace.

In other instances, though, resentment can lead to a kind of introspective malaise. The internalization of resentment may become manifest as a despondent introspection, often described as shame, or self-loathing.

When this happens, the desire to get your own back lapses into a sense that they’re right — you’re not good enough. But this nauseating experience doesn’t necessarily result in an aspiring writer deciding she’d make a better accountant than an author.

“I experience shame and self-reproach more or less continually. The only way to deal with it is to keep trying to immerse myself in the fictional dream and hope that good sentences come out of that.  Once there are good sentences on the page, I can feel a loyalty to them and start following their logic, and take refuge from myself.”

Resentment and Self-Loathing on Behalf of the Marginalized Writer

Rejecting the premise that self-loathing is an absolute prerequisite for being a successful writer, Jezebel founder Anna Holmes suggests that the accident of success can lead to self-reproach.

Looking around the internet, Holmes has found great writers who simply aren’t getting their due. This makes her angry and, sometimes, makes her feel a sense of guilt for her own success.

“My first real experience of self-­loathing as a writer occurred not during my leaner years, when getting published at all felt like an ordeal, but when I began to achieve some measure of success. Though I’d never had anything handed to me … the more I accomplished professionally, the more aware I became of just how unmeritocratic the publishing industry could be.”

The competitive nature of writing in the digital age, which is amplified by the lightening pace of success and failure in the virtual marketplace, only adds to Holmes’ resentment of inequality and sense of personal culpability.

“Does the added competition for eyeballs, clicks, likes and accolades occasionally fill me with loathing, both for myself and the industry I happen to be in? Yes, of course. But I think it makes me a better writer, meaning: I wouldn’t have it any other way.”

Holmes’ ambivalent embrace of the industry she inhabits and the sense of resentful self-disgust it arouses is especially important when considered in relation to the newly coined term: authorpreneur.

How is it that writers and go-getter business people have so much in common that we’ve melded their designators into one word?

Noting, with Orwell, that writers and successful business people are driven by the competing forces of self-aggrandizement and self-loathing, we will see that these two figures share certain essential characteristics.

In “Why I Write,” he understood that egoism wasn’t unique to writers: “Writers share this characteristic with scientists, artists, politicians, lawyers, soldiers, successful businessmen — in short, with the whole top crust of humanity.”

The word “author” derives from the Latin augere: to increase or create. We’re all familiar with the idea of a book as an infant the author gives birth to. There’s a kind of placid, nurturing resonance to this image of the author-as-parent.

However, author-as-parent gets a new edge when we splice it with entrepreneur.

Like authors, entrepreneurs are creative people, who — according to the definition of the French source-verb entreprendre — start doing something.

In fact, the root French terms that make up the word entreprendre mean to enter (entre) and take hold of (prendre). Considering this definition, we can note that the entrepreneur is basically more aggressive than the author, who merely increases/creates.

The entrepreneur comes in (cue image of a desperado gunslinger bursting through old west saloon doors) and takes control of whatever is going on (picture the late Steve Jobs’ hand gestures during an Apple rollout).

Taken together, the amalgamation of the terms author and entrepreneur is extremely evocative. It communicates a cinematic sequence, wherein a hero produces an ingenious literary invention just before rushing onto the scene and using it to take control of everything.

The word “authorpreneur” is therefore a term for today, when the accelerating market competition increases self-loathing and, consequently, ambition.

Entrepreneurs walk in and start taking things, which means they have to move fast. They can’t wait around for recognition from a Pulitzer or Booker Man adjudication committee.

Instead, an authorpreneur assumes she’s already going to be rejected by elite arbiters of taste and sets about plotting her revenge by making bestsellers’ lists and, hopefully, bank.

A description of authorpreneurship in the Economist notes that the New York Times’ Bestseller list doesn’t operate on numbers of sales, but the speed at which books sell.

Because of this, authors who want to be both financially and popularly successful are shunning the pose of the reclusive, thoughtful introvert, and taking steps to make sure their book has an edge even before it hits the shelves.

Here are some tips to succeed as an authorpreneur which don’t involve carefully honing your narrative voice and crossing your fingers for the big award:

For authorpreneurs, there’s no such thing as selling a book and sitting back to contemplate your next big hit. Authorpreneurs are like sharks; they’ve got to keep moving.

The Demon in the Machine

As you can see, the anger that drives a writer to write may also begin to propel her business instincts.

People who write have wonderful imaginations. As they pause between sentences, they can vividly see — but more importantly feel — what their life will be like if their current project doesn’t meet with accolades and financial success.

By projecting themselves into the future, authors are beginning to imagine their potential failure and are working hard to silence their would-be critics in advance.

Rage over the looming defeat and consequent self-loathing is the fuel that keeps the literary marketplace in content.

When you think about it, this is all modern market society actually does: recycle resentment over the competitive circumstances its participants are facing by forcing them to be creative and put themselves out there. More self-loathing equals more productivity.

The introspective writer is forced to engage the market.

Orwell’s characterization of writers as vain, selfish, and self-loathing may still hold true in the twenty first century, but — in this age of the authorpreneur — writers can’t be lazy.

About the Author Ben Barber

When he’s not refining prose and hunting down grammatical errors, Ben Barber reads paper books from brick libraries, traps Dungeness crab, brews beer, and stalks inspiration through temperate rainforests of the Pacific Northwest. His graduate degrees in English Literature have honed his editorial eye, while teaching him the importance of respecting the author’s unique voice. Feel free to drop him a line if you’re interested in discussing the nuances of semicolon usage, the metaphysics of the late-Romantic poets, Spinoza’s third type of knowledge, or recipes for baby back ribs.

Previous Post What Would It Look Like If I Started Replying to Queries and Pitches With GIFs? Next Post What’s Making It Hard to Find My Passion?