Elisa Doucette is a writer, editor, and entrepreneur who currently travels the world looking for great stories to live and interesting tales to share. Her first name is pronounced Eh-lissa (like the first half of Elisabeth) and her last name is pronounced Doo-set - she gets asked this a lot!

She has worked for almost two decades creating compelling content and writing for various businesses and publications.

Her work has been featured in The New York Times, The Boston Globe, Forbes, Yahoo! Small Business, The Shine Network, The Huffington Post, and Brazen Careerist among others. Her short stories have been published in numerous literary magazines and websites.

Two of her columns have been syndicated (The Single Slice on MaineToday - On Dating & Relationships and Shattering Glass on Forbes.com - On Breaking Through The Perceived Limitations We Set For Ourselves) and she semi-regularly writes here, on her personal site, ElisaDoucette.com, and on Medium.

Previously, Elisa has served as the Writer-in-Residence at The Birds Bay in Petra on the island of Lesvos in Greece and at the Captain Nickels Inn in Searsport, Maine, US, led multiple Writers Nights at The Cult of Coffee in Aberdeen, Scotland, UK, and often works from the Knack Factory in Portland, Maine, US as a resident hobo writer.

Want to learn more about how Elisa (and Craft Your Content) can help you make your own words even better? Click here.

Want to get regular updates from Elisa? Sign up for The Writing Rundown, and we'll send our best writing resources
and content every weekend - straight to your inbox!

She has appeared as a guest on radio shows and podcasts around the web, such as Frommer's Radio, Entrepreneurs on Fire, The Business of Writing, The Writing Coach, and The Chris Hahn Show, as well as hosting her own show Writers’ Rough Drafts for writers and creatives. Elisa is also frequent guest writer on writing-focused, creative, and entrepreneurial websites.

Elisa started her love affair with language before she could walk, throwing hysterical tantrums as a one-year-old if her family would not read to her on demand. Constantly curled up with books and journals, she refined her studies at the University of Maine (Stephen King's alma mater!) where she dual majored in Creative Writing and Classical Studies, with a minor in Latin. Needless to say, she had high aspirations of writing inspiring haiku poems on the pizza boxes she was inevitably going to end up delivering with those degrees (which is part of why she did not finish her degree; also, she was wasting $20K a year for an education she could have gotten for $1.50 in late fees at the public library).

She ended up in the illustrious world of insurance sales for ten years, working her way up from licking envelopes at a reception desk to becoming an agency field specialist for the state's management office, due to her mastery of words and passion for understanding stories in sales situations. She previously worked as the managing editor for the Tropical MBA and Dynamite Circle communities, where she spent her time strategizing, creating, and curating content and events with Dan Andrews and Ian Schoen for their audience and members.

A location independent entrepreneur, she has lived and has traveled through many Southeast Asian, North American, and European countries. Her most notable accomplishment in travel has been getting hit head-on by another motorbike on a busy two-way street in Bali, which ended with emergency surgery in an Indonesian hospital and a month of bed-rest and rehabilitation. She fought through and has some badass scars to prove it.

Now that we have that boring "3rd person biography" part done with... 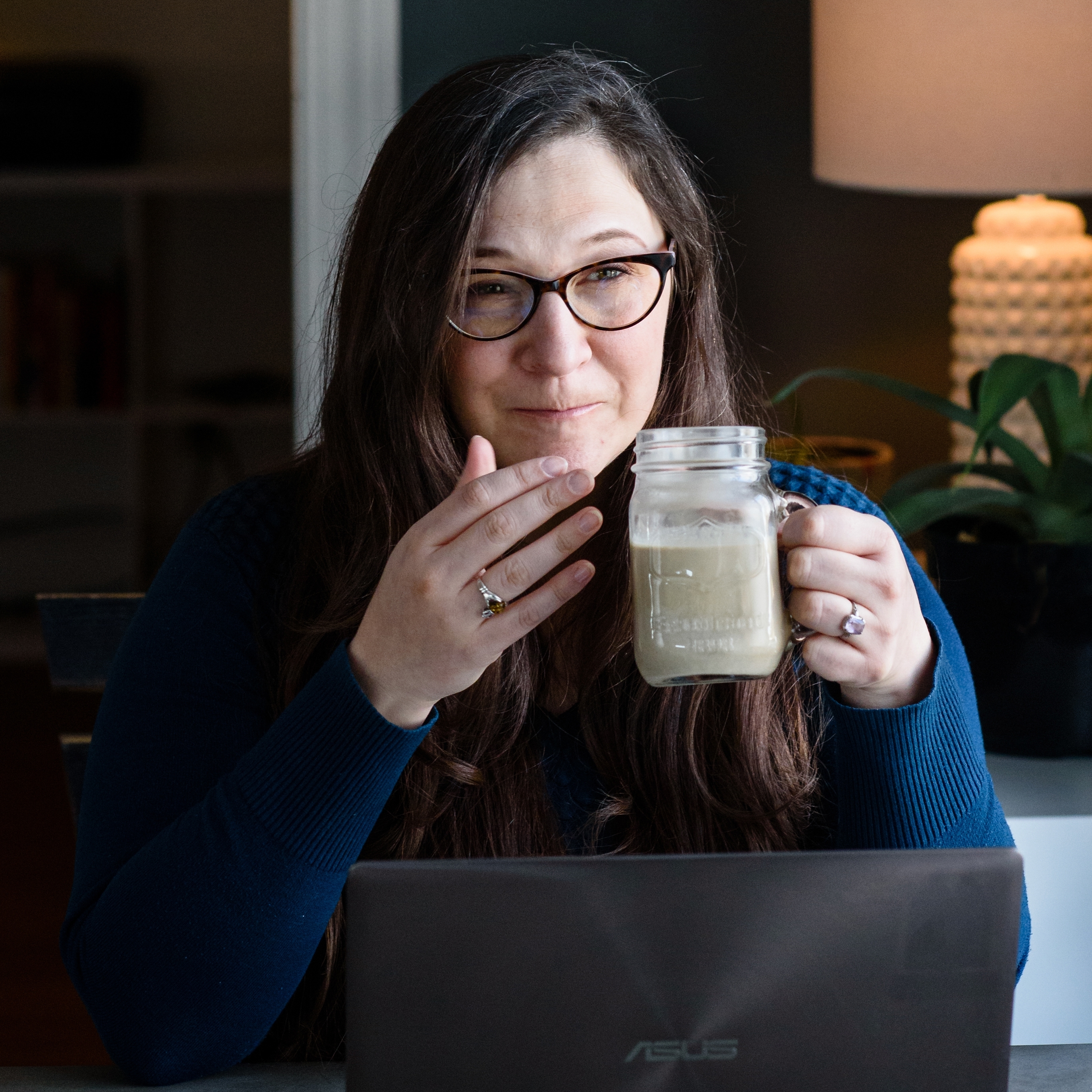 My face, two seconds after a photographer asks me to "be serious"

Elisa has appeared on numerous shows, stages, and websites. If you are interested in working directly with her, she is currently accepting: