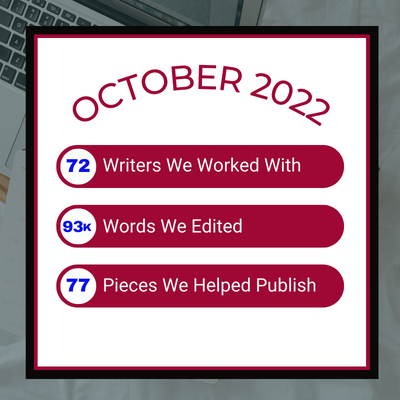 Yes, it’s cliche. Yes, we’ve heard it so many times that it has kind of lost its luster. But don’t dismiss it that easily.

In this fast-paced world, where we are often rushing from one destination to the next, acting as constant content creation machines, and being bombarded with information, it may seem more attractive to cut corners out of convenience, expediency, and comfort. However, doing this invariably results in damaging relationships and even selling ourselves short. Totally not worth it.

When navigating business and personal connections, here are four major assumption no-no’s you should avoid:

You send an email to your clients or colleagues, and you think you’ve communicated all of your points, but to your dismay, things seem to get lost in translation. Before you think “common sense is not all that common,” or “Why would they think x,y,z, when I totally meant something else?”, consider this: people are not mind readers.

Don’t assume that people know what’s going on in that great head of yours unless, of course, you explicitly tell them (this is especially true when you are not face to face to read tone and expression). Be clear and concise. Also, encourage questions. Before you hit send, take a few moments and think of these quick tips:

2. Don’t assume that everyone communicates the way you do

Do you know your communication style? If you pay attention, you’ll notice that there are certain ways that you communicate, both verbally and nonverbally. In order to communicate effectively with others, you must understand your style and the styles of the people that you are trying to reach. Don’t assume that everyone is like you. Learn the four major communication styles and act accordingly:

3. Don’t assume that you are fulfilling the needs of your clients or audience

Now you understand your client’s or audience’s communication style, and you’ve established a game plan for how to convey your message. Great, but it does not stop there. You must check-in from time to time. Don’t get complacent and assume that you are still fulfilling their needs.

Do you have a blog? Occasionally ask your readers what they would like to read in order to create content that will keep them engaged. Do you have a client that you’ve been working with for a while? Have an honest conversation about your client’s vision. Has it changed? Make sure that your work still aligns with their goals.

Not making assumptions and being proactive ensures that you maintain healthy and progressive relationships.

4. Don’t assume that your ideas and opinions are not valid

We’re going to get a little Disney here, but if you don’t believe in yourself, no one else will. Don’t assume that because your idea or opinion is a little out of the box or even unsolicited, it is not valid. Your idea could fill a void that people weren’t aware even existed. Your opinion can stop a project from going down a failing path.

Take my story as testimony: My first job out of school was at a small music venue located in a little town about 45 minutes outside of the city. Their acts mainly consisted of local artists, cover bands, and comedy/open mic nights. They advertised in the local papers and had partnerships with local businesses. Everything was predictable and routine.

There I was, young and full of ideas, the first one being to expand the venue’s audience by marketing to people in “the city”. I was met with skepticism. “Why would someone drive all the way out here?” was the main question that I was met with. But I was given the green light to come up with a plan.

So, I did. Don’t get me wrong, I was definitely nervous about disturbing the status quo, but I believed in myself and my idea.

And guess what? To make a long story short, it worked. With the increase in attendees, we were able to book bigger acts, which brought greater recognition in the press and more revenue.

As a side note, I was also just told that they recently underwent a huge renovation, which means that they can give those city venues even more of a run for their money!

Now imagine if I had been too afraid to “rock the boat”?

Be bold. Stick your neck out a little. Take chances.

It may be a little scary and uncomfortable, but you won’t regret it.

Assumptions block creativity, progression, and growth. They also cause misunderstandings and confusion. The next time that you feel yourself wanting to jump straight from A to Z (or not leave A at all), don’t. Take the time to express yourself clearly, ask questions, think things over thoroughly, and be confident.

I’m sure being an “ass” doesn’t look good on you.

Tell us in the comments below — what advice would you give for avoiding assumptions?

About the Author Ashley Heckstall

Ashley Heckstall is a freelance marketing and public relations specialist who has a passion for creating strategic and engaging content that is true to a brand’s voice. In her free time, she enjoys exploring the awesomeness that is New York City, curling up with a good read on her Kindle, and binge-watching HGTV.

Previous Post What You Really Mean When You “Don’t Mean To” Next Post It Lurks, It Creeps: NaNoWriMo Approaches!