“Milk Drinkers Are Turning to Powder”: How To Avoid Ambiguity in Your Writing - Craft Your Content 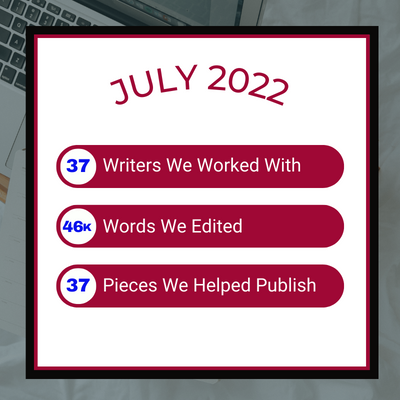 “Milk Drinkers Are Turning to Powder”: How To Avoid Ambiguity in Your Writing

Miners refuse to work after death.

As the article headline and the sentences above indicate, ambiguity in writing—a sentence that can have multiple meanings—can have a thoroughly humorous effect.

If you write comedy, or if you try to come up with a cheeky headline for your article, then ambiguity in writing is your friend. But ambiguity isn’t just about headlines and comedy.

To name a few examples, if you’re a blogger tackling a social issue, if you’re a journalist covering important events, or if you’re a nonfiction author preparing a book on climate change, you would want to avoid ambiguity in your writing. Inadvertent ambiguity can harm your text, by having a humorous effect that can be thoroughly destabilizing in an otherwise factual narrative.

The same is true for fiction authors. If you write fiction, having an unintentionally humorous sentence in the middle of a tragic scene can be detrimental to the mood you’re trying to create. On the other hand, intentional ambiguity can be helpful in creating meaning, as we’ll see in a while.

Types of Ambiguity in Writing

In most cases, ambiguity in writing emerges as a result of a word having more than one function. On the most basic level, this can occur when a word means two different things: “Bank,” for example, refers to the bank of a river as well as the financial institution. This is called lexical or semantic ambiguity.

Besides this, however, we can also have syntactic ambiguity, which is a more elaborate kind of ambiguity in writing, as it involves a more general context. Here, the word itself is not enough to obscure the meaning, but the presence of other words around it can participate in creating confusion.

Let’s take a closer look at semantic as well as syntactic ambiguity. I’ll also show you some special cases that combine elements from both.

As I mentioned above, this is the first, most basic source of possible ambiguity. A word can have more than one meaning, such as the example we saw before, “bank.” In most cases, the context allows the reader to understand what’s going on, but sloppy writing can occasionally create confusion. Consider the following:

As the town grew, a bank, a post office, and a hardware store were built along the river. In the evening, people enjoyed walking around the bank.

The reader probably guesses what the author means: People enjoyed walking around the river bank. However, the sentence is still confusing, which makes it susceptible to being misunderstood.

At the very least, it can create an unintentionally humorous effect, which might be inappropriate in the context of what the author tried to convey. Ultimately, the fact remains: The sentence is poorly written, and that’s never a good thing.

In the example above, “bank” was a noun in both cases. But sometimes, we can have a word that can be both a noun and, for instance, a verb:

I suddenly saw her duck.

In this often-used example, the reader cannot be certain whether the observer saw a woman duck (as in, to avoid being hit by a ball), or they saw the woman’s duck (that is, her pet bird).

This is an example of a sentence that is ambiguous partly for semantic and partly for syntactic reasons, which brings us to the latter category.

When it comes to words that can represent different parts of speech, one notorious case is “like.” It can be a preposition: “We owned a sofa like theirs”; a conjunction: “I felt like I’d been run over by a truck”; a noun: “Here’s a like for your status update”; an adjective: “He responded in like manner”; a verb: “I like you”; and finally, an adverb: “I was like, ‘what’s going on?’”

One of the funniest examples of how this deceptively simple, four-letter word can be used to create ambiguity is the following, which you might have heard before:

Here we have a combo ambiguity: Our old friend, “like,” is used both as a preposition and as a verb, but at the same time the word “flies” is ambiguous itself. In the first part of the construction, it’s used as a verb, whereas in the second, it’s used as a noun.

Due to the similarity in the way the two sentences are formed, the reader is tricked into reading “fruit flies” as a noun + verb (a fruit that flies). The truth is revealed only at the end of the sentence (“a banana”), although, technically speaking, other meanings are also possible: It’s conceptually feasible that there is a species of flies called “time flies” and they hang around arrows, for whatever reason.

Cases like this, where the reader begins to parse a sentence a certain way but then has to change their original decision, can often create what is called a garden-path sentence—named such because of the deception involved.

A garden-path sentence is a somewhat special case of syntactic ambiguity in writing, because it often makes no sense when originally read. Indeed, when we first see such a sentence, we think there is a word missing and that the sentence is plain wrong and ungrammatical.

However, garden-path sentences are entirely grammatical and the meaning is revealed once we go back and attempt a reinterpretation. For example, consider the sentences:

The old man the boat.

The horse raced past the barn fell.

The complex houses married and single soldiers and their families.

Such sentences create ambiguity (and a thoroughly destabilizing effect) because they rely on our initial impressions, which, in turn, rely on frequently paired words. The noun phrase “old man” is ubiquitous. As a result, when we first meet the example sentence above, we tend to interpret “the old man” as a noun phrase (a man who is old).

Avoiding or Controlling Ambiguity in Writing: Why and How

As I explained in the introduction, ambiguity can be desirable in certain cases. The most typical application is comedy, whether in the form of catchy headlines or even entire novels.

The 1986 British film Clockwise, starring Monty Python frontman John Cleese, is predicated on the double meaning of the word “right,” meaning both “correct” and “on the right-hand side.” When the protagonist asks whether a certain train departs from the left platform, the employee’s reply, “right,” is misinterpreted with hilarious repercussions.

Skillful writers can throw an entire text into disarray with a single word. “Ode on a Grecian Urn,” by John Keats, begins with such an ambiguous first line: “Thou still unravish’d bride of quietness.” The question is, does “still” here mean “immobile” or “yet”?

Besides such cases, however, avoiding ambiguity in writing is something writers should pay attention to. To avoid (unintended) ambiguity is to communicate your thoughts eloquently, and make your texts more readable.

First of all, read your text before publishing! This advice might sound self-evident, but you’d be surprised how many texts are thrown out to the world without their authors having read them first. How many times have you come across a text so poorly written that it made you say out loud: “Do these people read the stuff they’re writing?”

Reading and writing are two entirely separate processes, and our brains react to them differently—read more about this important detail in this post, tip #3. Even if it’s something you wrote, approaching it from the reader’s perspective—subconsciously spelling out the words in your head—will help you catch any ambiguous sentences.

Finding these instances of ambiguity in your writing is the hardest part; correcting them is relatively easier. In most cases, a different word choice or a slightly modified sentence structure is enough to remove the ambiguity. Let’s take another look at the confusing garden-path sentence we saw earlier:

The complex houses married and single soldiers and their families.

Here’s a way to convey exactly the same meaning without confusing the reader:

The house complex accommodates married and single soldiers and their families.

If you’re a perceptive reader, you will notice there is some ambiguity left. Is the accommodation intended only for the families of soldiers who are single, or are married soldiers’ families also welcome? Although it’s unlikely for someone to interpret the sentence this way, we can still revise it further by removing the needless detail:

The house complex accommodates soldiers and their families.

If, for whatever reason, one still wanted to refer to the soldiers’ marital status, one possible solution would be this:

The house complex accommodates soldiers—regardless of their marital status—and their families.

“Spoken words fly away, written words remain.” This old quote is offered as a cautionary example to those who express themselves in writing without realizing they can’t take back what they wrote and deny its existence. I wouldn’t want to be the author whose headline is still used as an example more than a decade later.

Even properly formed grammatical sentences can contain ambiguity or create confusion as a result of their multiple possible meanings. Sometimes, if it’s intended, ambiguity can be good. However, if it’s accidental, then it can be problematic if not outright catastrophic—imagine an absurdly comical sentence in the midst of a tragic scene in a novel or an article on poverty.

Ultimately, either to control or to altogether avoid ambiguity in your writing, you must first learn how it operates; where it hides, how you can spot it. It comes with experience, to be sure, but it’s also a matter of diligence. Put in the work, and you’ll see the benefits!

About the Author Chris Angelis

Chris Angelis has a PhD in English literature from the University of Tampere. Besides his academic research in Gothic/horror & science fiction literature, he is also a writer of literary fiction, and the owner of a literature blog, Home For Fiction. Furthermore, he develops programs focusing on literature, writing, and texts in general. Chris is a senior content editor for Craft Your Content.